History of The Most Popular Beauty Product – Mascara

Mascara is a beauty product commonly used to lengthen, thicken, darken and/or curl lashes. It may darken, thicken, lengthen, and/or define the eyelashes. Normally in one of three forms—liquid, cake, or cream—the modern mascaras have various formulas; however, most contain the same basic components of pigments, oils, waxes, and preservatives.

Mascaras can come in one of three forms—liquid, cake, or cream.the modern mascara product has various formulas; however, most contain the same basic components of pigments, oils, waxes, and preservatives.

The contemporary product has various formulas; however looking at the ingredient listings, most contain the same basic components of pigments, oils, waxes, and preservatives.

The true evolution of lash paint came from ancient Egypt, where pigments were ground into a paste and applied as cosmetics. In the ancient Egyptian culture used fashion to honour their beliefs. Kohl, made from charcoal and soot, honey, water and get this, crocodile poo. The paste was used to define and protect the eyes and as part of their religious rituals. It also had the advantage of protecting the wearer from harmful spirits.

When Rome fell and Europe was plunged into the dark ages Europe, cosmetics were viewed as vanity items of rich and powerful. Fortunately, the reign of English Queen Victoria (1837 – 1901) cosmetics and fashion became celebrated once more. As long dark lashes were once again en vogue, lash paint was too.

Get the London Look Mascara

In 1913 French chemist and perfumer Eugène Rimmel developed the first non-toxic lash paint for sale. That cake mascara (in a pan and brushed on) was created with a blend petroleum and black coal dust. The downside was that it was very messy and the texture inconsistent. Despite this, it was ridiculously popular across Europe. Rimmel in some countries still refers to mascara (like Hoover and Kleenex).

In 1917, Eugene Rimmel created the first packaged cosmetic mascara. Produced from a blend of petroleum and black coal dust, the history of mascara began with a cake mascara that although reformulated, is still found today.

Maybe she’s born with it… Mascara as we use it now, was the development by T. L. Williams, which was marketed better than Rimmel and went on to become Maybelline. Maybelline is famous for innovative cosmetics technology and the Maybelline Great Lash in the pink and green packaging is an icon in every self respecting makeup artist’s kit.

Some of my favourite Modern Mascaras 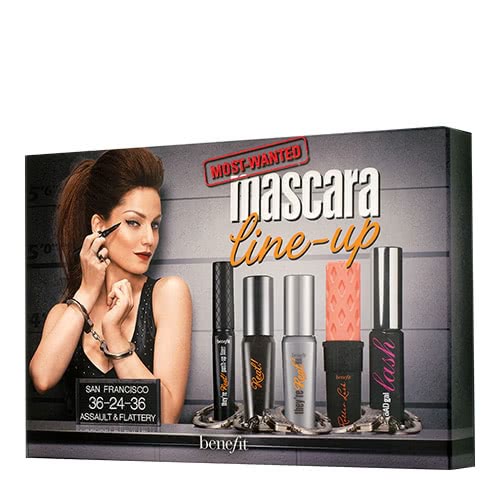 Don’t forget to subscribe or follow as I will go through in depth, the types of eyelash products available in another post. View more posts on “eyes”.