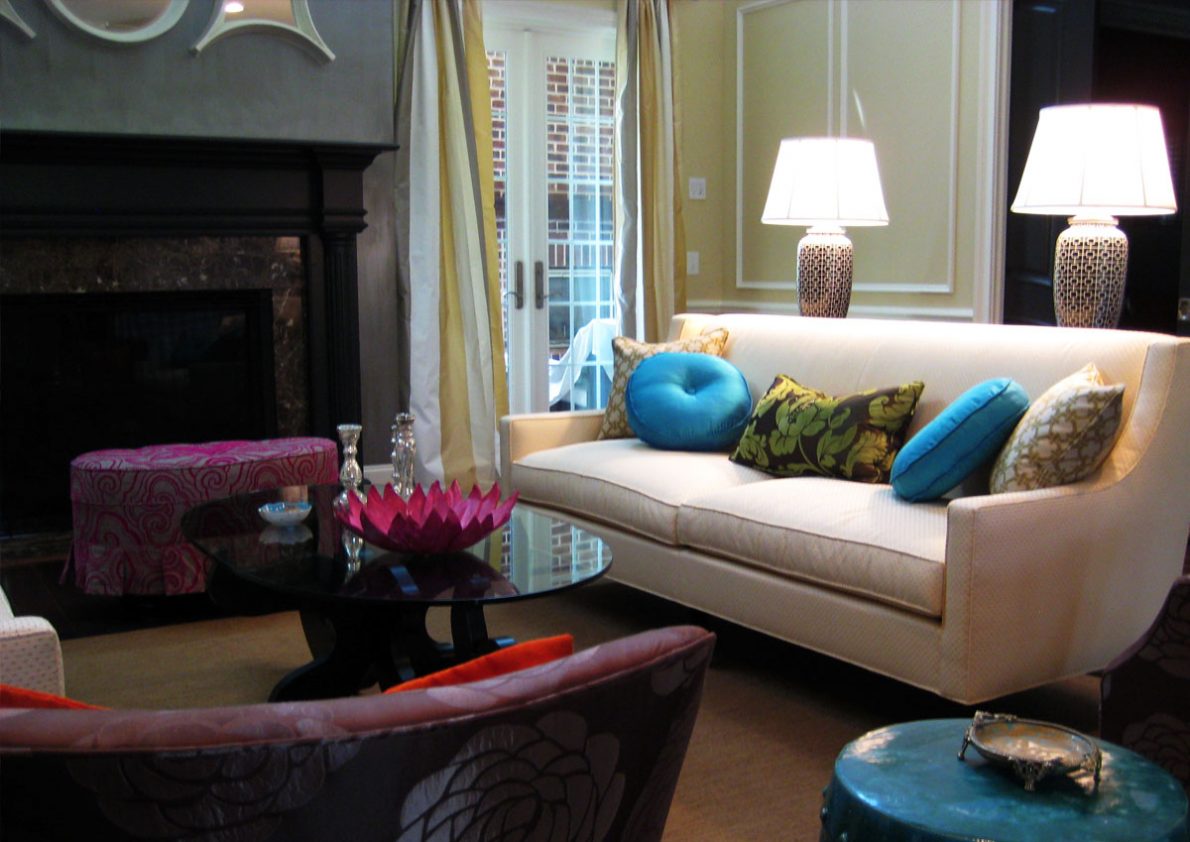 What is Hollywood Regency? It’s a trend that was synonymous with the movie industry in the early part of the 20th century. With the help of interior designers such as Ms Draper, the likes of the Fondas, the Reagans and the Deans all had the style. Also known as Glitz and Glam, the title is a dead giveaway that the style is luxurious and indulgent. Just picture a movie star’s house at the late end of the 1950s and you’ll get the gist.

However, Hollywood Regency is by no means done and dusted. In the past couple of years, the trend has been making a comeback, as seen in celebrity houses around Beverly Hills. And, it’s not just exclusive to the rich and famous. Many ‘average’ homeowners looking to add a little glamour to their lives have been reconstructing the fashion to great effect.

You can do the same too, as long as understand the tricks of the trade. Don’t worry because there is no acting or stage work required! Here are the legitimate ways to add Regency style to a property and make it fit enough for the modern day Lawrences and Stones.

Making movies is about creating a buzz. Directors, actors and producers all stick out like a sore thumb because that is the business. Of course, it is reflected in their homes, too. Focal points are a part of modern houses around the world, from Sydney to Sacramento, but they tend to be less flashy. A big, plasma screen television is impressive, yet it isn’t unique any longer. In fact, most houses have a smart TV that is larger than 40 inches. A vintage, backless sofa, on the other hand, is a different matter. Hardly anyone has such a piece in their living room, apart from the rich and famous, obviously. You can almost see Marilyn Monroe posing for an intimate photo shoot it’s that Hollywood. The fact that is it retro is just another reason to invest in this piece. Mixing old-school features with modern items is an excellent way to make a statement in 2018.

Glass is a guaranteed hit in a regent home because it adds light. Mirrors and windows let the sun’s rays swathe the entire house and add life and vibrancy. Plus, large windows illuminate the most beautiful parts of the property and help focal points stand out even more. Still, large bay windows and doors aren’t going to cut the mustard because they lack glamour. Hollywood homes are all about being luxurious, and you need to find a way to merge glass and light with elegance. Don’t look too far than glass fittings. What’s one of the most basic features in a rich person’s house? It’s a sparkling chandelier. Fitting new light fixtures is expensive and time-consuming, so don’t go overboard. Instead, try and spot the pieces that are affordable yet have a luxurious feel. Lamps and mirrors adorned with shiny chrome and crystals are two sneaky ways to give off a regency vibe.

Let’s face it – the rich and famous are good at using colour. Rather than sticking with whites and blacks, they venture out into the reds, yellows and purples. To some, the style is a tad gaudy, but, to others, it’s a shining reminder of celebrity culture from yesteryear. Firstly, choose a colour which is vivid and bright and will instantly catch the eye when you walk into a room. Now, don’t be tempted to mix and match different shades. One of the biggest mistakes homeowners make is to use three or four schemes throughout a house and be overbearing. True Hollywood Regency style simply uses a single hue and doesn’t stray. After all, reds, yellows and bright blues are tacky and don’t go together. One way to add a touch of drama is to tone down the shade so that there is a selection of bright, dark and light. For example, you can have red and a light shade of pink. Don’t forget to use accessories, too. White bed sheets offset the colour in a bedroom without fail.

Let’s stay on the topic of colour for a moment because it’s essential. Being bold and brave doesn’t have to mean using block colours and taking a risk. Instead, it can stand for choosing a strong shade and using accessories to fit the tone. Take artwork as an example. Paintings are full of colour and don’t look out of place in a bathroom or a living room. So, all you have to do is match the prints on the wall with the furniture. Number 4 on Schlage shows this brilliantly with a mustard-yellow chair accompanied by two large block prints. The chair and the artwork are the two main focal points, which is why they stand out and grab your attention. Plus, the subtle use of the towels helps to instil the look without being ostentatious.  Prints should work regardless of the colour as long as you figure out a way to focus both without being flamboyant.

It wouldn’t be a Hollywood home without a metal finish running throughout the property. Usually, the metals aren’t big, dramatic pieces because they are hard to complement. Instead, they are small, subtle extras that soak in and catch the eye at the same time. It sounds like an impossible task, right? Well, it can be to a certain extent, but it depends on the metals. Obviously, gold and silver trims are the two most luxurious materials to add, as is platinum. However, don’t be discouraged if you are working with a smaller budget because there are affordable alternatives. Brass is one metal to consider because the colour isn’t too dissimilar to gold and it’s dense. On door handles, it’s almost unfeasible not to see it and think ‘wow!’ Doorknobs aren’t the only place to put metals as modern accessories are just as available now. Rather than decorate with real plants, buy a steel version and add a colourful sheen. Or, switch the taps in the bathroom for gold, silver or platinum alternatives.

Hollywood is about drama, and the first point of contact is the outside of the property. People roll up and either say ‘what a house’ or ‘nah, I’m not interested.’ In Beverly Hills and Malibu, no one in the history of walking past a celeb’s house has thought the latter. The reason is simple: they put as much thought and effort into the exterior as the interior. The good news is it doesn’t require the same specificity as the inside. For example, cutting the grass and washing the extremities should keep the outside fresh and modern. There are features you can add, and sectional garage doors should be one. The fact that the sections use diverse colours is a fantastic way to be bold while adding an element of pop. Exterior lighting is another cool trick that works all of the time, especially with large, sheer windows. An ultimate addition has to be the use of chrome and metal on the outside to merge old movie land with new Hollywood.

Yes, colour is imperative but it isn’t the only way to make an impact. One way the Hollywood elite decorate their homes is to combine the right hues with new textures. Metal is one material that you already know of, but what about velvet or shag pile? Would you use wallpaper and carpet as well as tile and hardwood? Hopefully, the answer is yes because a regency style doesn’t discriminate regarding textures. In fact, it wants to use as many as possible to get the perfect fit. Some are easy to unite, such as a shag pile on a hardwood floor, the thick rug smothering the cool ground. Others, however, are a lot trickier and can be difficult to blend if you are unsure. As a rule, velvet goes well with furniture because it’s dramatic and comfortable. Tiles can be used throughout the house from the bathroom to the living room wall. And, carpet is perfect for the walls too, as well as the stairs and landing. Wallpaper should be used creatively. For instance, this post has wallpaper on the stairs along with a wood finish.

Choosing single guidelines and applying them to the house is a great way to get the look. However, there is a simpler method: buy anything by Dorothy Draper. As the intro alluded to, Ms Draper is the designer who is credited with creating the style. She revolutionised it and made it popular all those decades ago. Because she is synonymous with Hollywood Regency, you can use her designs to your advantage. Simply buy a chest draw or a piece of furniture which as her signature style and colour. When you put the elements together, you shouldn’t fail to have a home fit for a star.

Do you want to add glitz and glamour to your home? Which one of the above is your favourite tip?