Common Mistakes for First Time Drivers and How to Combat Them Gaining a driver’s license is a ticket to freedom for many teenagers. Cue summer road trips, weekend escapes with friends and not needing to rely on your parents or public transport to get where you want.

However, while you may have graduated to driving without a supervisor or parent, your probationary license doesn’t mean you’re an expert on the roads. There’s still a lot to learn.

New and young drivers are consistently overrepresented in road crashes. Gaining experience and knowing the common pitfalls and how to combat them can go a long way to keeping you safe on the roads.

Here are some of the most common mistakes made by first-time drivers and how you can avoid them.

Picking up Your Parents’ Driving Habits

Parents may not always model the best driving habits.

If they’ve been driving a long time, chances are they’ve picked up some poor driving habits. Even if only small infractions these habits are often mimicked by new drivers.

In addition to practicing with your parents, it is worthwhile to take some professional driving lessons. An expert instructor can confirm the most up-to-date road rules and skills needed as well as help re-educate if you have learned some poor driving habits.

It’s easy to be temporarily distracted when driving. In fact, studies show that Aussie drivers are sidetracked every 96 seconds behind the wheel.

However, P-platers are often more prone to taking their eyes off the road with technology and passengers diverting their attention.

Distractions come in many forms. From adjusting the air conditioning, switching radio stations and answering/checking your phone. Young drivers are also at greater risk of crashing with passengers in the car and eating or drinking behind the wheel.

External distractions such as billboards, pedestrians and other vehicles can also cause driver attention to be diverted.

Remove distractions before you drive. Put away your phone or turn it off. If you have other passengers in the car, ask them to be relatively quiet. Leave eating and drinking until your destination is reached and adjust vehicle settings prior to departing.

Speeding is the biggest killer on Australian roads.

Even as little as 5 kilometres over the speed limit can cause a problem. A car travelling at 60km takes 45 metres to stop. Any object it impacts before stopping will result in a potentially serious accident.

New drivers often underestimate how easily accidents can occur, even at lower speeds. Collisions at as low as 30km per hour can still be fatal.

Stick the speed limit! Drivers should also reduce speed around bends, in poor weather conditions and in busy areas and at night.

Driving too slowly can also be dangerous.

Nervous drivers may feel more comfortable driving slower. However, driving too far under the speed limit has potential to cause issues in traffic flow and accidents.

Driving slower doesn’t make you a safer driver. It’s important to be a confident driver, without taking unnecessary risks. Speed limits are in place to keep you and others safe.

Young drivers tend to underestimate their own limits when it comes to driving tired.

Whether you’re studying for exams and prone to late nights or you enjoy weekend partying with friends, drowsy drivers have a slower reaction time which can lead to problems behind the wheel.

Understand your physical limits and be realistic. If you haven’t had adequate sleep or slept over at a late-night party, driving tired – even the next day, can be risky. Instead, organise an alternative option or wait until you’re fully rested before you drive.

Freeway merging is often reported as a poor driving skill for much of the licensed population.

Some drivers, especially those unfamiliar with freeway conditions, slow down at the end of an onramp instead of merging.

Keep to the speed limit as best as possible. If the car on your left is slightly in front, slow down to let them in. Speeding up to try and get in front of someone else can lead to accidents.

Forgetting to Use all Mirrors

Many first-time drivers feel uncomfortable taking their eyes off the road, even to check mirrors. Using all mirrors is the only way to see everything that’s going on around and behind you.

Cars have several mirrors in various places for a reason – to help you get a better view of any vehicles which may be surrounding you. Review mirrors are particularly important to see what’s happening behind you without having to turn your head away from the road. However, checking all mirrors when changing lanes, parking and leaving parking spots is critical to maximise safety. 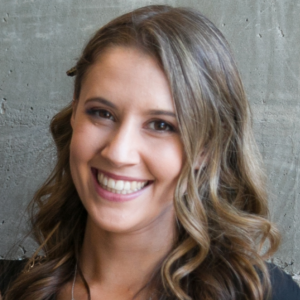